Henry May – Dreamin’ the Blues

Contemporary acoustic Blues guitar solos. Lots of slide and plenty of personality. Recorded just as Henry played it– one guitar (though you won’t believe it) and no overdubbing.

For over thirty-five years now, Henry May has been one of my all-time favorite guitarists. Henry’s music is always evolving: each piece changes from one performance to the next. (Compare, for example, tracks 2 and 10, which are two versions of Half Finger Blues.) The tracks were recorded in Nashville, TN on January 25th and 26th, 2000. We cut the music live and present it here as Henry played it: unedited, with no overdubbing. –Andy May, producer 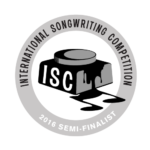 In addition to being technically brilliant, Henry’s playing shows the depth of his understanding of and love for the blues, as well as a sense of humor blues aficionados will appreciate. At the same time, his performances are accessible to the “uninitiated”. This combination is likely to draw in and win new fans not only for Henry, but also for the wonderfully rich heritage that is the blues.

Photos by Lauren LeCroy May