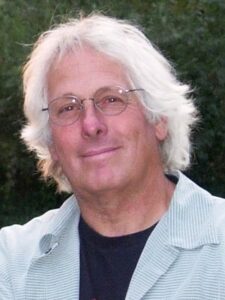 Moe Dixon is a familiar name on the festival and concert club circuit. In performances across North America and Europe, Moe is best known for his ability to create an energy that brings people together through song. Thousands of listeners have become loyal fans. His magical performances are highlighted by masterful guitar playing and powerful vocals.

Moe’s poetic song-writing is filled with his optimistic vision of life. With a lifestyle of skiing, kayaking, windsurfing, golfing or mountain biking (profiled in Lance Secretan’s book !nspire! What Great Leaders Do, on page 91), his inspiration comes from his sense of adventure and his willingness to fully live his Destiny, Cause and Calling. Every audience absorbs and expands on Moe’s unique energy and each performance becomes a celebration.

One of the top solo artists in the country, he specializes in finger-style and ragtime guitar. Standing room only shows demonstrate his ability to reach out to all ages. His connection to the audience is highlighted during his remarkable and energetic guitar solos.

By the age of twenty-five Moe had gained national recognition for those skills through his contributions to the children’s group Rosen, Shontz, and Dixon. Since then he’s written themes to Bob Hope specials and Warren Miller ski movies, and even performed with the Wheeling Symphony and the West Suburban Symphony of Chicago. Over his thirty plus years as a performer he has opened for and or performed with such familiar names as Phil Oches, Pete Seeger, Tom Paxton, Tom Rush, Nicolette Larson, Doc Watson, Maria Muldaur, Rory Block, Odetta, Jonathon Edwards, John Denver, Bill Danoff, Michael Johnson, Little River Band, The Hellacasters, Nitty Gritty Dirt Band, Three Dog Night, Eric Johnson, Larry Carlton, Lee Ritenour, Buddy Guy, Sonny Landreth, and Robben Ford.

From concerts for children, to television, to sports videos and movies, Moe has participated in events that bridge the many worlds of performance. His ability to adapt to the moment has given him a reputation of being flexible and easy, professional and assured.

Moe and Kit Garoutte perform Moe’s Sweet Coyote Guitar at St. Peter’s Church in The Dalles in the fall of 2016: 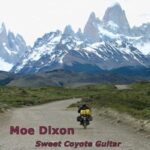