Banjo legend Curtis McPeake was one of the architects of modern bluegrass music and is a 2018 recipient of the International Bluegrass Music Association‘s Distinguished Achievement Award and the 2010 recipient of the Uncle Dave Macon Days Trailblazer Award.

February 20, 2021. It is with great sadness that we announce the passing of Curtis McPeake, banjo legend, Swift River Music Artist, and Andy’s good friend, duo partner, and pickin’ buddy for 25 years. He was 93.

During a career spanning 70 years in the country music business, McPeake played stints with several world-famous bands -including some of the biggest names in the history of bluegrass music. In the early 1950s, Curtis began to appear on the Lester Flatt & Earl Scruggs TV show, and eventually came to be counted on as a stand-in for Earl when one was needed. Curtis also played with Bill Monroe and the Blue Grass Boys in 1960-61, playing Carnegie Hall and cutting 18 classic songs with Monroe on his Mr. Blue Grass and Blue Grass Ramble albums.

McPeake was honored with the IBMA Distinguished Achievement Award in 2018 and the Uncle Dave Macon Days Trailblazer Award in 2010 in recognition of his lifetime of work as a banjo player and vintage instrument expert.

It is a real pleasure to hear (Curtis) here “playing it straight” and backed up by excellent Bluegrass musicians. Thanks to producer Andy May for doing this up right-it should bring McPeake some of the credit he deserves as one of the top Scruggs-style banjo pickers for over 40 years now. –Dave Freeman, County Sales

“The View From McPeake” could have been recorded only by someone who has experienced a long and illustrious career. –Bluegrass Now

2017 interview with Bob Piekiel for article in Banjo Newsletter 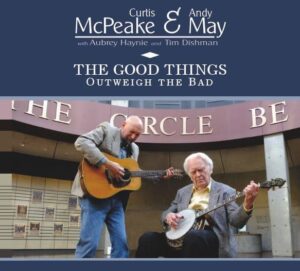 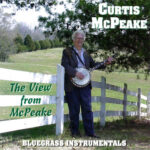