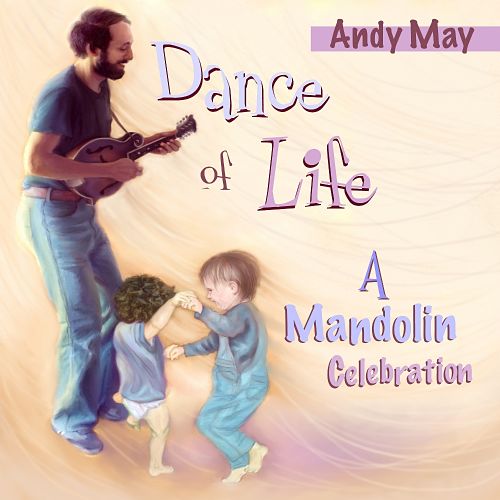 …A beautiful, timeless sound. Andy’s light, bright mandolin picking sets the lead…, [and] it’s hard to hold your seat as Andy and the boys beckon you to get up and dance. “Dance of Life” is a light, enjoyable frolic through traditional mandolin standards. The musicianship is high, the original works strong and the [CD] is really a lot of fun. — Bluegrass Unlimited

Andy recorded this project in the fall of 1986. It was first released on cassette on the Swift River Music label in 1987 and then on CD in 1999. The musicians who appear on these tracks were Andy’s band mates at the time– and his friends as well.

Andy continued playing mandolin through the years, and in 2006, he was asked to play on a session for Everett Lilly & Everybody and Their Brother, a tribute CD. “I jumped at the opportunity to celebrate Everett, whose music and mandolin playing with the Lilly Brothers had taught me so much when I was a kid,” he said, “and when we were subsequently given the opportunity to release the Lilly project on Swift River Music, I was doubly delighted.” But it got even better: the project was named “Recorded Event of the Year” by the International Bluegrass Music Association (IBMA)! Says Andy, “It was a wonderful experience, and I felt like I’d come full circle– helping to honor someone whose music had affected me in such big way.”

“After that event,’ May added, “I thought I’d celebrate my nearly fifty-year friendship with the mandolin by re-releasing my Dance of Life CD. I hope you enjoy it!” 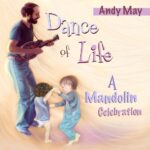 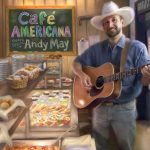