Andy started writing and performing his songs as a teen in the 1960’s. He had his first concert as a songwriter at Izzy Young‘s Folklore Center in New York City in 1970. Izzy had given Bob Dylan his first concert there, too (in 1961)–not a bad way to start a career! Andy soon became a mainstay of the major folk and bluegrass venues in the city, including the Folklore Center and WBAI-FM. During that time, He also worked with Brill Building songwriter and producer, Artie Resnick (Under the Boardwalk, Good Lovin’), and appeared with Jerry Jeff Walker, Pete Seeger, Janis Ian, and many others. (Read more in Andy’s Notes.)

Since then, Andy has performed as a singer/songwriter and bandleader in shows and concerts across the US, teaching many a songwriting workshop along the way. His song, The Sweetest Story Ever Told, was on the Juno Award-nominated MCA album, Can’t Sit Down (Eric Nagler), and on the Gemini Award-nominated CBC TV series Eric’s World. He has also written music for Channel 5 Boston and the UNITED WAY.

Andy has been co-writing with  his wife, Lauren, since the late 1980’s. They have collaborated on 7 CDs of original music. The latest, Room for Roots, came out in 2016 and was warmly received by indie Americana and Country radio stations across the country.

My thanks go out to Andy, and my admiration, for putting words together in such a powerful way. ~ Eric Nagler, Canadian artist, “The Elephant Show (TV) & Eric’s World (TV) 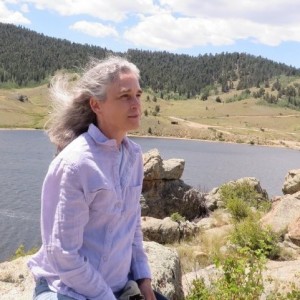 Lauren has been a lyricist since she could speak and an avid listener through the years of many types of music (with words, mostly!). Until she met Andy, however, her professional life had been as a biologist focused on wildlife, wild lands, and sustainable agriculture. She spent three years in West Africa (two of them as a Peace Corps Volunteer) working on wildlife and range projects.

Among other things, Lauren has farmed with horses; trained horses, oxen, and dogs; banded birds; radio-tracked coyotes; studied rangeland plant communities; led trail rides; and hiked the wilderness. She is a Wildlife Biologist, a Range Scientist, a Natural Resource Economist, and a Wilson County, Tennessee, Master Gardener. All of these experiences, in addition to a natural bent for observing relationships and surroundings and distilling them into poetry, have informed and enriched her writing, giving it unique and appealing texture and depth.

Andy’s ability to create the perfect musical score for Lauren’s lyrics has resulted in a joint catalog of remarkable variety and character.