A beautiful, mostly clear full moon night turned into a mostly clear, hot day on Friday. During Andy’s set, the first hint of the weather that was brewing for the evening started to appear. Backstage before the set, Andy & Pete Huttlinger ran over a few tunes that they were going to do in the evening set. Later on, on stage, Tim May joined Andy & Jeremy for a few tunes. That was a treat! 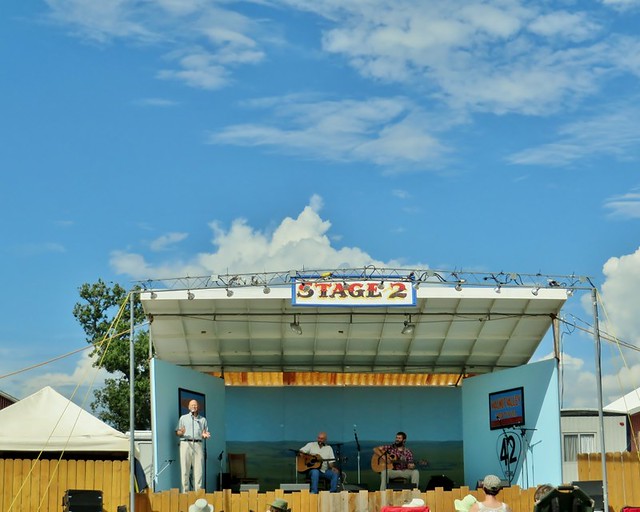 What a difference a few hours makes! A beautiful, if hot, afternoon gave way to a wet, chilly evening. Stage 3, where Andy was scheduled to perform, was shut down, and the whole shebang was moved to the “Stage 3 Annex,” AKA the pig barn. (Being held on the Cowley County Fairgrounds does have some advantages!) Now, Andy has played the “Annex” many times in wet weather, but this time the contests on Stage 4 finished just as his set was supposed to start. Once again, Roz Brown, Stage Manager & MC extraordinaire, upped stakes and moved everyone & everything – this time into the relative warmth and dryness of Stage 4. 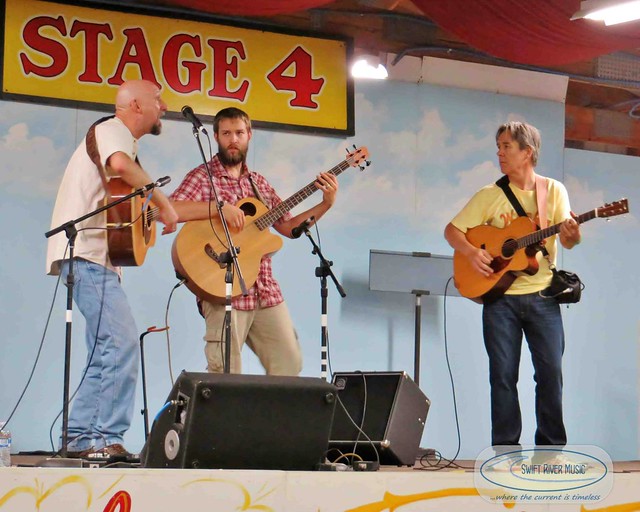 The Saturday set turned into a celebration, as Andy had some special guests join him on stage: Thanks to Brent Hawley, Songwriting Workshop participant Rex Vance, and “Acoustic Kid” Ethan Setiawan for their contributions! The set was filmed by Legleiter Video Productions L.L.C., and we’ll let you know when DVDs are available! (Almost like being there!)

We packed it up Sunday morning and headed home, after a rather leisurely morning of farewells and loading the car. (I wish I’d gotten a picture of how much stuff went into our little econo-car! I had my doubts at one point, but it all fit eventually!)

Having taken the northern route out, through Kentucky, Missouri and eastern Kansas, we took the southern route home, through Oklahoma, Arkansas and western TN. It was inspiring, all those wide-open spaces on such a lovely day! I snapped a couple of pictures when we stopped for gas or food… or trains… and a few in between. — LL May 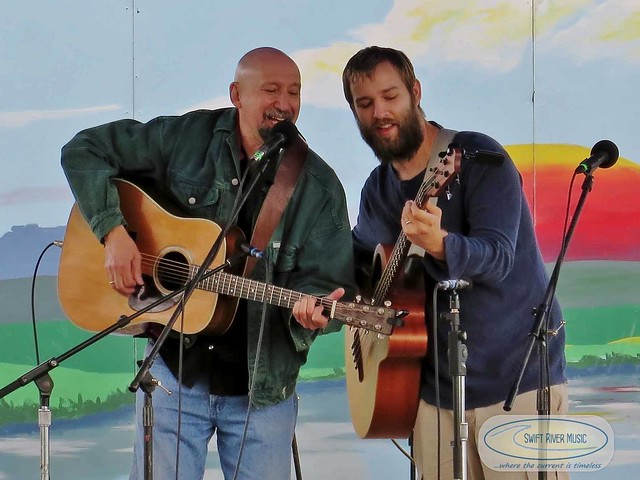 Gallery image with caption: Photos: Andy May at the 2007 Walnut Valley Festival